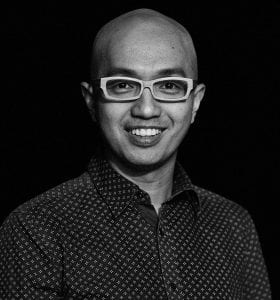 Film Wedding Photographer Brian Ho is probably no stranger to the world of Wedding Photojournalism having helmed his trade for more than a decade. His unique blend of UNSCRIPTED WEDDING PHOTOGRAPHY has been the cornerstone of his style, creating images that are real and above all, true to the heart.

Brian has been awarded the Silver Medallist for Photographer of The Year 2010 award for the Artistic Guild of Wedding Photo Journalist Association (AG|WPJA). His works has also been featured in numerous publications world-wide.

Brian is also an avid audiophile, filmmaker and handcrafter. Rumours has it that he used to be a geek (with thick glasses) and probably still is.